All your terminology needs can be found here.

How do I update my local packages?

First update the formulae and Homebrew itself:

You can now find out what is outdated with:

Or upgrade a specific formula with:

How do I stop certain formulae from being updated?

To stop something from being updated/upgraded:

To allow that formulae to update again:

Note that pinned, outdated formulae that another formula depends on need to be upgraded when required, as we do not allow formulae to be built against outdated versions. If this is not desired, you can instead brew extract to maintain your own copy of the formula in a tap.

How do I uninstall Homebrew?

To uninstall Homebrew, run the uninstall script from the Homebrew/install repository.

How can I keep old versions of a formula when upgrading?

Homebrew automatically uninstalls old versions of a formula after that formula is upgraded with brew upgrade, and periodically performs additional cleanup every 30 days.

When automatic brew cleanup is disabled, if you uninstall a formula, it will only remove the latest version you have installed. It will not remove all versions of the formula that you may have installed in the past. Homebrew will continue to attempt to install the newest version it knows about when you run brew upgrade. This can be surprising.

In this case, to remove a formula entirely, you may run brew uninstall --force <formula>. Be careful as this is a destructive operation.

Why does brew upgrade <formula> also upgrade a bunch of other stuff?

Homebrew doesn’t support arbitrary mixing and matching of formula versions, so everything a formula depends on, and everything that depends on it in turn, needs to be upgraded to the latest version as that’s the only combination of formulae we test. As a consequence any given upgrade or install command can upgrade many other (seemingly unrelated) formulae, if something important like python or openssl also needed an upgrade.

Where does stuff get downloaded?

GUI apps on macOS don’t have Homebrew’s prefix in their PATH by default. If you’re on Mountain Lion or later, you can fix this by running sudo launchctl config user path "$(brew --prefix)/bin:${PATH}" and then rebooting, as documented in man launchctl. Note that this sets the launchctl PATH for all users. For earlier versions of macOS, see this page.

How do I contribute to Homebrew?

Why do you compile everything?

If available, bottled binaries will be used by default except under the following conditions:

We aim to bottle everything.

How do I get a formula from someone else’s branch?

Why should I install Homebrew in the default location?

Homebrew’s pre-built binary packages (known as bottles) of many packages can only be used if you install in the default installation prefix, otherwise they have to be built from source. Building from source takes a long time, is prone to fail, and is not supported. Do yourself a favour and install to the default prefix so that you can use our pre-built binary packages. The default prefix is /usr/local for macOS on Intel, /opt/homebrew for macOS on Apple Silicon/ARM, and /home/linuxbrew/.linuxbrew for Linux. Pick another prefix at your peril!

Why is the default installation prefix /opt/homebrew on Apple Silicon?

The prefix /opt/homebrew was chosen to allow installations in /opt/homebrew for Apple Silicon and /usr/local for Rosetta 2 to coexist and use bottles.

Why is the default installation prefix /home/linuxbrew/.linuxbrew on Linux?

Why does Homebrew say sudo is bad?

tl;dr Sudo is dangerous, and you installed TextMate.app without sudo anyway.

You should only ever sudo a tool you trust. Of course, you can trust Homebrew 😉 But do you trust the multi-megabyte Makefile that Homebrew runs? Developers often understand C++ far better than they understand make syntax. It’s too high a risk to sudo such stuff. It could modify (or upload) any files on your system. And indeed, we’ve seen some build scripts try to modify /usr even when the prefix was specified as something else entirely.

We use the macOS sandbox to stop this but this doesn’t work when run as the root user (which also has read and write access to almost everything on the system).

Did you chown root /Applications/TextMate.app? Probably not. So is it that important to chown root wget?

If you need to run Homebrew in a multi-user environment, consider creating a separate user account especially for use of Homebrew.

Why isn’t a particular command documented?

If it’s not in man brew, it’s probably an external command. These are documented here.

Why haven’t you merged my pull request?

If it’s been a while, bump it with a “bump” comment. Sometimes we miss requests and there are plenty of them. Maybe we were thinking on something. It will encourage consideration. In the meantime if you could rebase the pull request so that it can be cherry-picked more easily we will love you for a long time.

Can I edit formulae myself?

Yes! It’s easy! Just brew edit <formula>. You don’t have to submit modifications back to homebrew/core, just edit the formula as you personally need it and brew install <formula>. As a bonus brew update will merge your changes with upstream so you can still keep the formula up-to-date with your personal modifications!

Can I make new formulae?

Yes! It’s easy! Just brew create URL. Homebrew will then open the formula in EDITOR so you can edit it, but it probably already installs; try it: brew install <formula>. If you encounter any issues, run the command with the --debug switch like so: brew install --debug <formula>, which drops you into a debugging shell.

If you want your new formula to be part of homebrew/core or want to learn more about writing formulae, then please read the Formula Cookbook.

Why was a formula deleted or disabled?

Use brew log <formula> to find out! Likely because it had unresolved issues and/or our analytics identified it was not widely used.

Homebrew is a poor name, it’s too generic, why was it chosen?

Homebrew’s creator @mxcl was too concerned with the beer theme and didn’t consider that the project may actually prove popular. By the time Max realised that it was popular, it was too late. However, today, the first Google hit for “homebrew” is not beer related 😉

It means the formula is installed only into the Cellar and is not linked into the default prefix. This means most tools will not find it. You can see why a formula was installed as keg-only, and instructions to include it in your PATH, by running brew info <formula>.

You can still link in the formula if you need to with brew link <formula>, though this can cause unexpected behaviour if you are shadowing macOS software.

How can I specify different configure arguments for a formula?

brew edit <formula> and edit the formula. Currently there is no other way to do this.

Chances are that certain apps will give you a popup message like this: 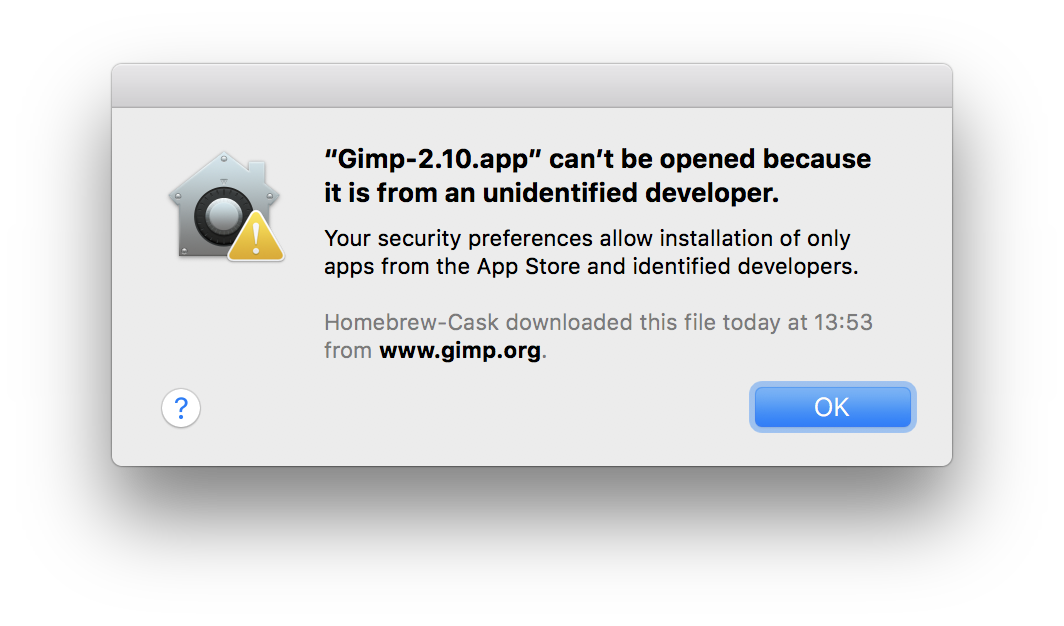 This is a security feature from Apple. The single most important thing to know is that you can allow individual apps to be exempt from that feature. This allows the app to run while the rest of the system remains under protection.

Always leave system-wide protection enabled, and disable it only for specific apps as needed.

If you are sure you want to trust the app, you can disable protection for that app by right-clicking its icon and choosing Open: 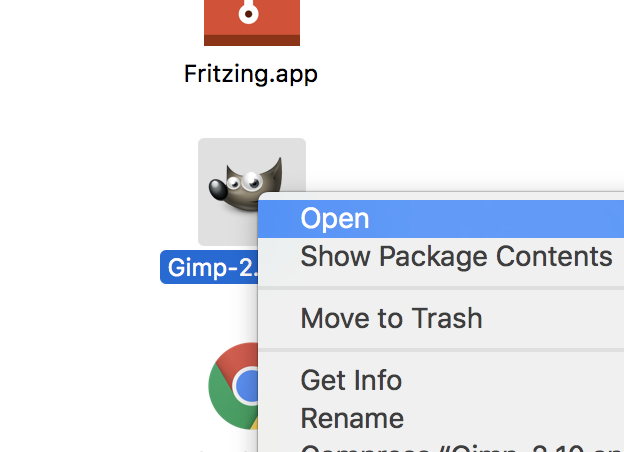 Finally, click the Open button if you want macOS to permanently allow the app to run on this Mac. Don’t do this unless you’re sure you trust the app. 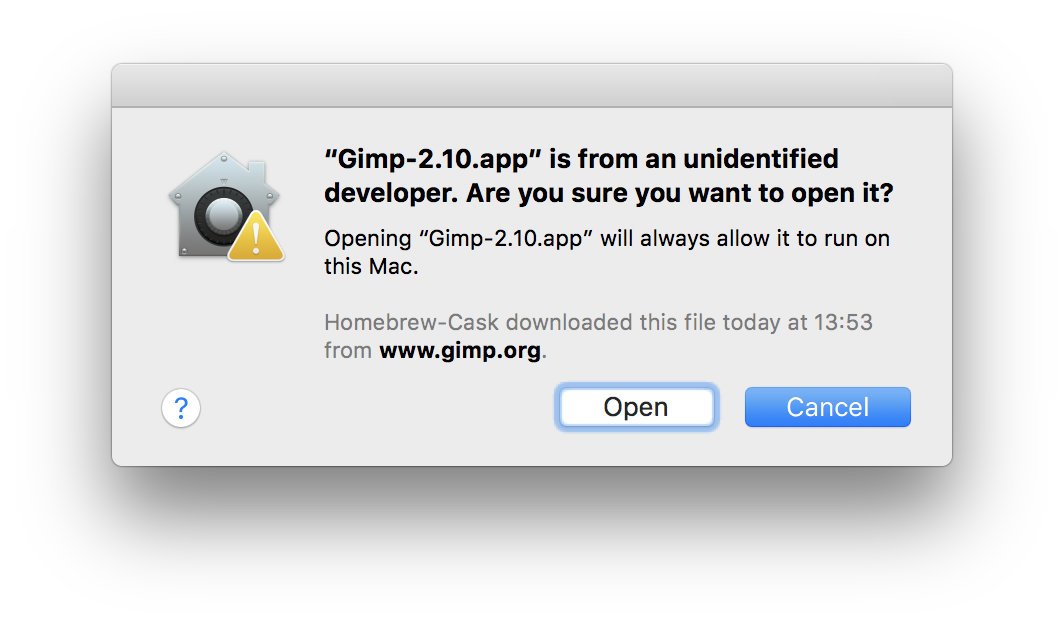 Alternatively, you may provide the --no-quarantine flag at install time to not add this feature to a specific app.

Why some apps aren’t included in upgrade

After running brew upgrade, you may notice some casks you think should be upgrading, aren’t.

As you’re likely aware, a lot of macOS software can upgrade itself: 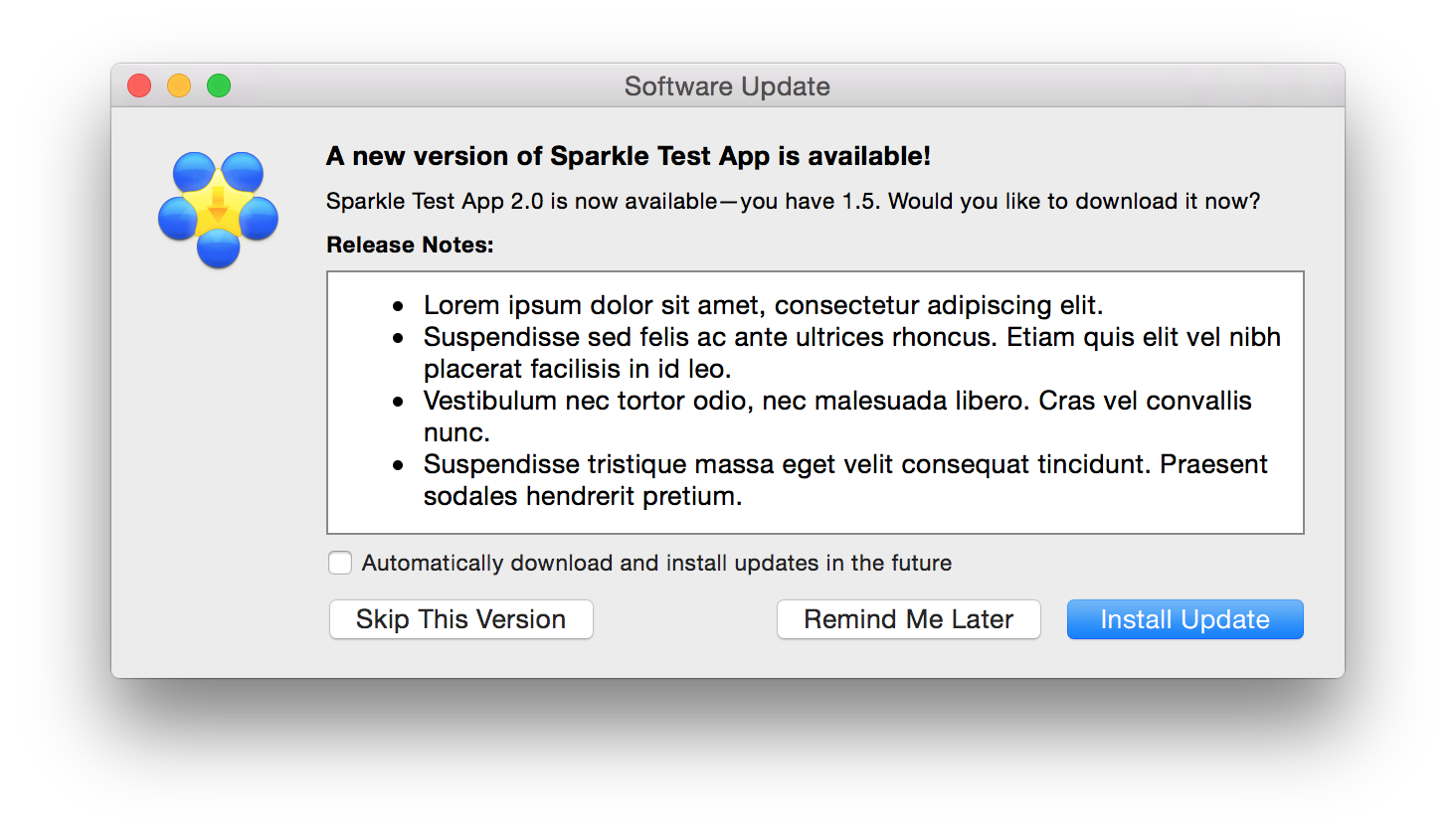 That could cause conflicts when used in tandem with Homebrew Cask’s upgrade mechanism.

If you upgrade software through it’s built-in mechanism, that happens without Homebrew Cask’s knowledge so both versions get out of sync. If you then upgraded through Homebrew Cask and we have a lower version on the software on record, you’d get a downgrade.

There are a few ideas to fix this problem:

So we let software be. Installing it with Homebrew Cask should make it behave the same as if you had installed it manually. But we also want to support software that does not auto-upgrade, so we add auto_updates true to casks of software that can do it, which excludes them from brew upgrade.

Casks which use version :latest are also excluded, because we have no way to track the version they’re in. It helps to ask the developers of such software to provide versioned releases (i.e. have the version in the path of the download url).

If you still want to force software to be upgraded via Homebrew Cask, you can: